KCHS Baseball is thrilled to accept an invitation to play in the 2022 Perfect Gulf Coast High School Showdown, March 24th-26th, 2022. This is the inaugural year for this tournament, to be held at the Panama City Beach Sports Complex in Panama City Beach, FL. Perfect Game is […] 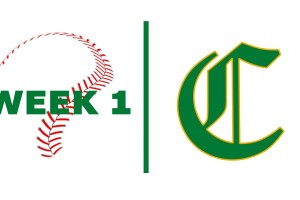 VARSITY (3-0) Varsity beat Lakeway Christian Academy in the Irish home opener. Top performances include Kaden Martin and Landon Lutterman, both with 2 hits. Senior pitcher, Nic Harpst held the Lions to no runs. (KCHS 11 – LCA 0) The second match-up with Lakeway Christian was held at […] 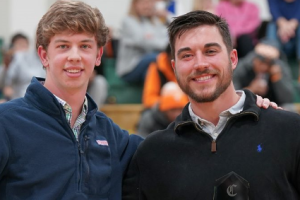 On Wednesday, January 8th at halftime of Knoxville Catholic Men’s Basketball game versus McCallie, KCHS Baseball will recognize Ethan Elliott and Kole Cottam for their remarkable careers. Both men’s names and numbers will be placed on the right field wall at Gaylor Field. Join us for the big […]